As a full stack marketing company we handle everything your brand needs to attract an audience and create a loyal community. From Market Research to Copywriting, Media Production and Web Development -- we help you create a consistent and relevant brand for your audience.

Marketing plans are not one-size-fits-all. Let's work together to create a detailed Marketing & Execution plan that not only fits your budget but also fits into your busy schedule.

We have produced over 300 interviews & musical performances for the leading media companies in Canada. We have worked with MarbleMedia, CBC, TVO, Corus Entertainment, to name a few.

20 years of experience building websites and social media communities. We will help build a site that attracts and converts customers.

Andrew was raised in Scarborough, a vibrant community in the east end of Toronto. After his dreams of being a professional basketball player were thwarted by his 5’8” frame, Andrew attended Carleton University earned his B.A. in English Lit. and Film Studies.

In 1999, Andrew started a video production company. Working with small businesses to create videos and commercials led Andrew to become an expert in digital video and web production. Andrew was even asked to contribute to Streaming Media Bible’s authoring the book’s “S.M.I.L. with Quicktime” section in 2002.

After exiting Confluent, Andrew pivoted from the software business and started working with some of Canada’s largest media companies like the CBC, TV Ontario, and Corus Entertainment. During this time, Andrew produced hundreds of videos – from live-events with Ozzy Osborne, Rush and Tom Morello, to musical performances, radio specials and TV shows.

Having grown frustrated with a lack of a technical vision of the future, Andrew turned away from media and back to the software world. Specifically working with small startups.  Andrew was the technical and marketing lead for The Science of Rock & Roll, Appetite Labs, and Transparent Inc. to name a few.

In 2012 Andrew was asked to participate in the Royal National Mint’s MintChip contest where his team placed 4th. This got him fascinated with the promise of the Blockchain for developing better music reporting for artists, which led Andrew to found the Bisantyum project.  Andrew quickly realized that it was too soon for this project and quickly moved on to helping companies like CoinSquare, MMH Blockchain, NewsBTC, and Outlier Solutions with their Bitcoin and Blockchain marketing, writing, strategy and events.

At this time, Andrew was coming to the conclusion that the online world that we had hoped to create in the 90’s had been co-opted by the attention-economy.   To counterbalance this he launched the Music Tech Meetup, a place for the tech and music communities to meet and discuss solutions to their problems in person, face-to-face. In 2019, the Music Tech MeetUp was acquired by TechTO, Canada’s tech community.

Recently, Andrew has been helping professionals with their personal brands and marketing strategies like award-winning broadcaster Alan Cross’ A Journal of Musical Things and Eva Havaris’ Leadership Mindset Design.

Co-Founder of The Backstage Project Podcast with Mark Silver. TBP focuses on the stories behind the biggest and best entertainment products, events, and companies. Music Tech Consulting helping bridge the gap between the arts and tech communities.

All work and some play…

What our Clients Say

I have been extremely lucky to have created excellent partnerships and some friendships with many of my clients. Here’s what they’re saying about us.

I've worked with Andrew in a variety of capacities both at Corus Entertainment and with Brain Dead Dog Productions, which is my own company. I wouldn't hesitate to recommend Andrew for any position, no matter how challenging. 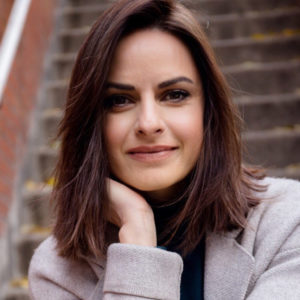 I’ve worked with Andrew on several projects and he is diligent, thorough, and an expert in his craft. He provides sound advice and ensures an excellent end product. You can count on him to deliver with excellence. 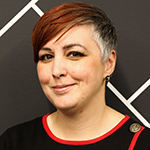 Andrew is a delight to work with. He was able to take elements that I found incredibly stressful, and move them into being smooth, repeatable processes. His candid feedback was incredibly helpful in building better events, and a stronger brand.

[THIS ARTICLE WAS PUBLISHED ON FEB 26, 2018 FOR A JOURNAL OF MUSICAL THINGS]  If you’re a fan of Canadian hip-hop like I am, you will be excited to hear about an event happening at Read more…

Cool features of the Roku Ultra

[THIS ARTICLE WAS PUBLISHED ON APRIL 2015 FOR A JOURNAL OF MUSICAL THINGS] I just checked out a Roku Ultra and it has two really cool features that I wanted to share. First, I must say that Read more…

Get in Touch via LinkedIn

Helping Clients with Web/Marketing/Production for over twenty years

Find us at the office